Westworld’s slow-paced, non-linear methodical storytelling in season 2 has paid off perfectly in last night’s episode  All the various threads that audiences have been following for the previous six weeks have finally begun to converge in an explosive and emotional episode that deepens the show’s overarching mysteries. 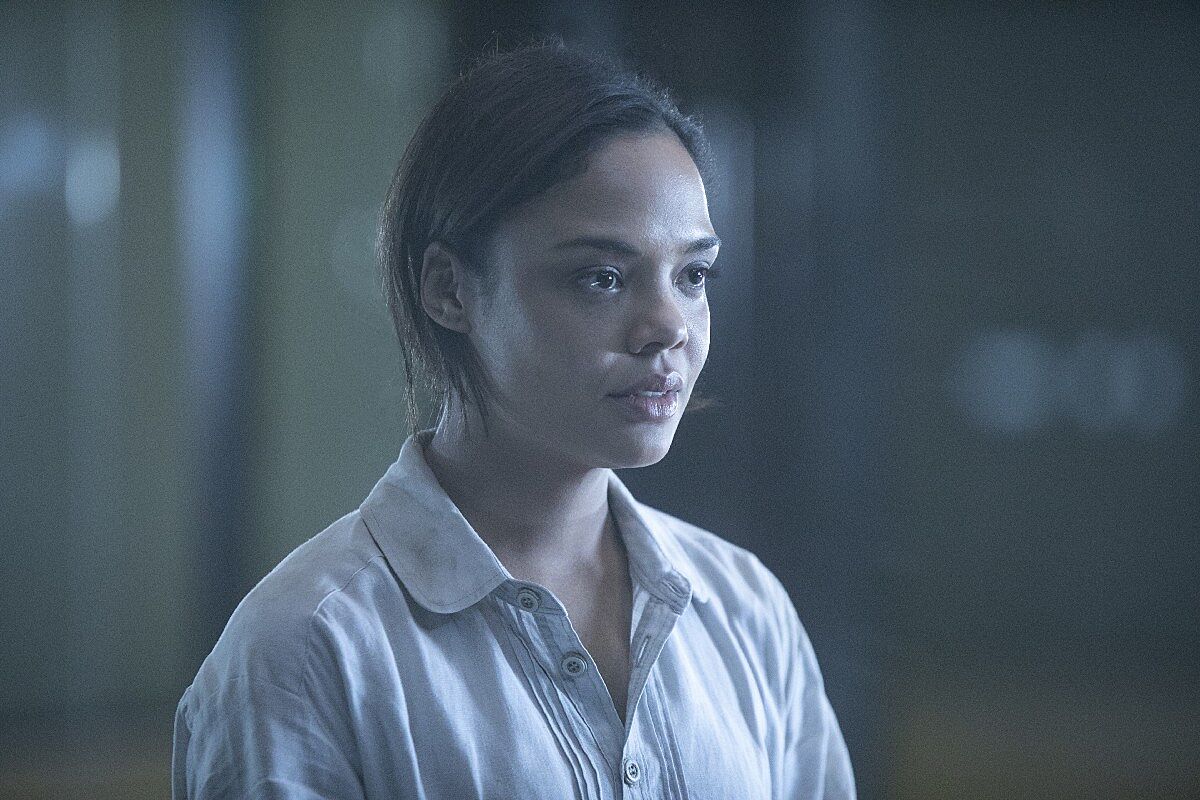 The most notable element of this episode is how it resolves the cliff-hanger that came at the end of ‘Phase Space’, as Ford reveals to Bernard the truth behind his continued presence in the park, and the truth behind West World’s existence.  The guests are monitored so Delos can work on replicating ad digitizing their consciousness.  This is all being done in an attempt to achieve the ‘immortality’ that the company has given to the hosts.  Between this startling revelation and Charlotte’s actions in this episode, the world of the show has become all the more frightening.  A company that cares very little for human life, one that seeks to gain the secrets to the human consciousness for their own nefarious purposes, it is all horrifying to thing about given our own reality.  As previously mentioned, Charlotte is an absolutely dreadful person which makes her one of the most entertaining characters on the series.  She is also the best representation of Delos’ interests on the show and gives the conglomerate a presence among the show’s core characters.

The show creates a great juxtaposition between the humans and the hosts in this episode.  The Delos executives — presumably — want to become like their creations while the hosts want to be as mortal as possible.  Considering how much of their lives were spent being used and essentially dying for the gain of others, it makes sense that the hosts would want to eliminate their back-ups.  Those files were a tool of oppression and if you live forever, is your life of any real value?  Once again, the show causes viewers to question what it means to be an autonomous being — what it means to be human — through a comparison between the hosts and their masters.  On top of how thought-provoking those themes are, this episode builds off of every moment in which a character mentioned how Delos was watching when the guests thought they were alone.  This was excellent subtle foreshadowing for the season’s biggest twist yet – as there are undoubtedly more to come before the season’s over.

Westworld also questions the nature of reality as despite the human characters repeatedly explaining to hosts everything they feel is programmed – and therefore not real – the hosts do not know anything else.  To them those implanted emotions are real because that is what they feel, regardless of Tehran is was programmed or not.  Dolores loves her father and Maeve feels the same way about her daughter, with no technical explanation being capable of altering any of those relationships.  Crichton’s film is good and fairly underrated but the show truly shines when it explores the nature of reality, ala Philip K. Dick.

The Man in Black had some great scenes in ‘Phase Space’ and is an interesting character in his own right, but this show struggles to show his relevancy to the over-arching narrative.  Maeve confronting William over everything he did to her when she was stuck in Delos’ loop was great, as it developed the theme of the episode and her character.  Despite the fact that West World is a game, Maeve remembers what it was like to be murdered by William, and her anger is understandable.  That experience was real for her, even though some would write it off as being part of the park’s larger narrative. However, that is all William seems to be good for, being a part of other, more compelling stories.  Ford’s game clearly has larger implication based on the events ‘Les Ecorshes’, but despite this small clarification of what the Man in Black’s role is in the season, it still feels to remote.  Every other story clicks together better than his and despite how far the plot’s progressed, the episode did nothing to make William’s story more interesting.

‘Les Ecorches’  was filled with death and violence as Dolores’ forces made their way to the heart of the park’s inner workings. Teddy’s new attitude has made him a vicious enforcer, and his brutal killing of a Delos employee shows how much Delores has changed him.  This was a short and powerful statement.  Her manipulation of Teddy is eerily similar to how Ford is treating Bernard, both undermining the free will they hold up as an ideal to further their own plans.

Thadie Newton and Evan Rachel Wood give excellent performances, and it’s their presence that makes their characters’ emotional moments impactful.  Despite Teddy’s drastic change in personality, Marsden has nott been given enough time on screen to flesh out this new take on the character.  While this problem is somewhat rectified in Teddy’s brutal murder of the Delos security worker, not enough is being done to fully explore the implications Dolores’ meddling has had on Teddy himself.  Anthony Hopkins appearance at the end  of ‘Phase Space’ was a pleasant surprise, and his return to Westworld has only made the show better.  Hopkins is an incredible actor as he engages the viewer in each scene and quickly steals the show with his performance.

Westworld delivers a great episode that may be one of the season’s best as it builds on the series’ thematic foundations with an action propelled plot and amazing performances.