The final issue of Kill or Be killed provides some possible answers to the series biggest questions while leaving much for interpretation. Over-all it was a satisfying conclusion to a one of Image’s most complex comic book series.

This finale begins where the previous issue ended, with Dylan laying on the ground with a mortal wound while the detective who has been hunting him calls for medical aid. As he dies, Dylan narrates a future for himself that will sadly never come to pass.

The big twist is that this issue, and the series as a whole, were being narrated by Dylan from his place in the afterlife. Dylan muses on the life he could never have, one that is very familiar to the seasoned comic book reader. A bright future of killing criminals with police aid seems suspiciously superhero-esque and Dylan’s new vigilante outfit depicted in this sequence looks more like a traditional costume. The red mask is still present and has become a trademark, similar to the Punisher’s skull or Batman’s iconic bat symbol. This sequence presents the typical superhero story with all its violent glory, the simple and very happy ending that Dylan would get if he was a Marvel Comics character. However, that is not the story Brubaker is writing. Kill or Be Killed presents a fairly realistic world where societies problems cannot be solved by one man taking out his aggression on those he deems ‘evil’ through violent action.

Brubaker and Phillips then end Dylan’s story as his narrative captions no longer appear, with the last few pages depicting Kira being told about Dylan’s vigilante antics. The issue ends from Kira’s perspective using her inner monologue as she is now the protagonist of a new story, one that is left to the imagination of Brubaker and Phillips’ readers. Dylan’s death and her experiences throughout the series have given her a similar perspective to her deceased former lover, that the world is corrupt and someone should set it right. In the last page of the series the demon makes his triumphant return and Brubaker possibly reveals to the reader some information about the dark specter that has plagued Dylan throughout Kill or Be Killed. The demon is very real and was never just a figment of his imagination, though Brubaker leaves much of it up for debate.

One interpretation would be that the demon represents something inside of us all, a distaste for the world’s status quo that can slowly twist people into something unrecognizable. All this is a result of Kira and Dylan staring into the abyss that is the state of society and falling into said abyss with no way to claw themselves back out. That is my interpretation of the last page, but it is complicated due to Dylan’s apparent confirmation of the afterlife and supernatural forces. If the supernatural does exist, would that mean the demon is a literal monster from another plane of existence? Does this demon feed on humanities darker instincts or is it a visual representation of them? Brubaker leaves many questions for readers to try and answer with his well written and thematically complex script.

Sean Phillips artwork is stellar as usual, and this series in particular has been some of his best work. The character faces are so expressive and nuanced, realistic without deviating from Phillips’ signature style. This is especially noticeable and important for the last few pages where the emotions Kira is grappling with are perfectly expressed through Phillips’ linework. 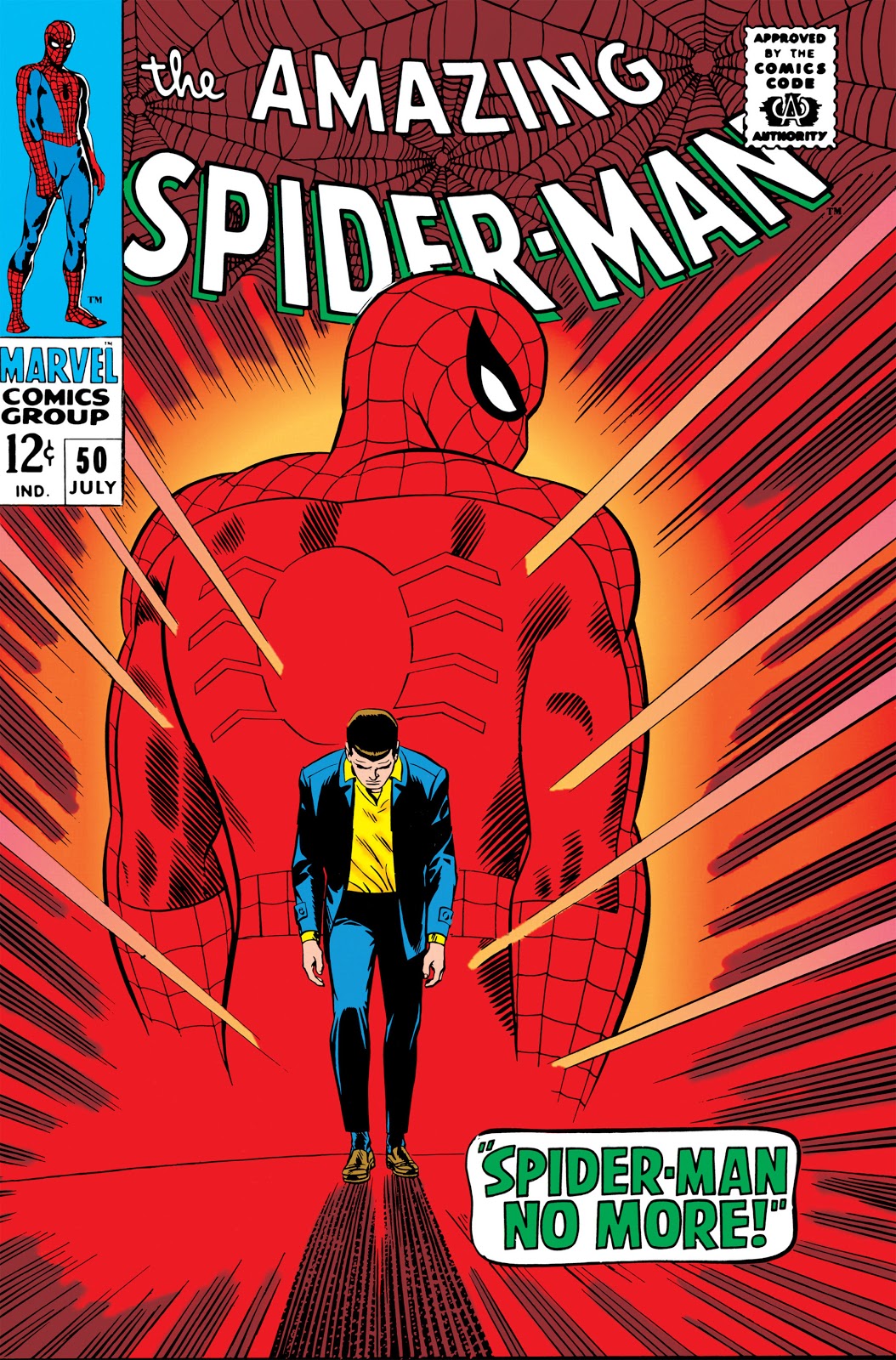 Phillip’s gorgeous painted cover to this final issue is based on John Romita’s cover art for the well-known ‘Spider-Man No More’ story, published in Amazing Spider-Man #50. In this issue Peter claims to give up the role of Spider-Man even though there is little chance that this status quo would last very long. The cover to Kill or Be Killed #20 references this Spider-Man tale because Kill or Be Killed’s story will never truly end and much like superhero comics will outlast those that began them.

Kill or Be Killed #20 is the perfect ending to a great series.

Kill or Be Killed #20 is currently available in your local comic book shop or digitally.